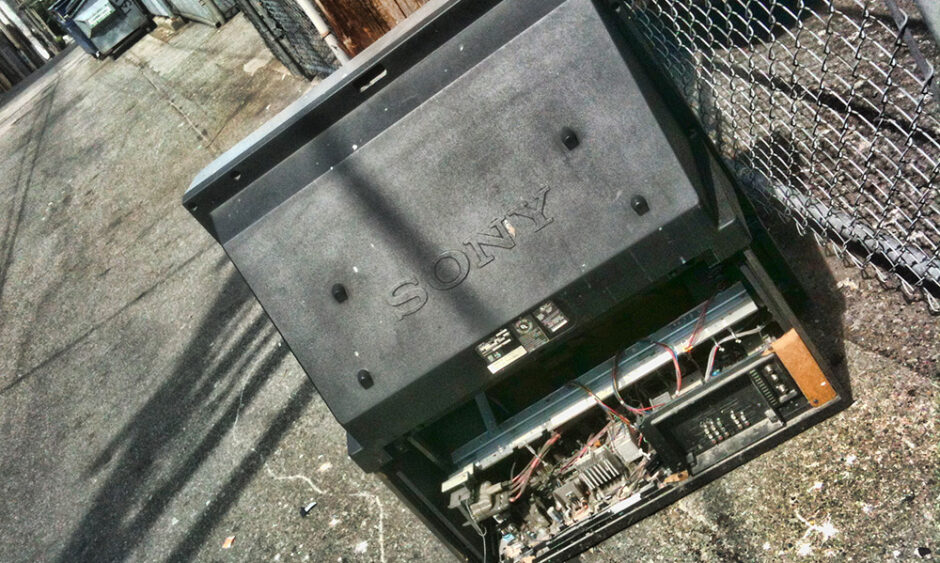 My goal with this paper was to give some perspective on where the soon-to-be combined businesses of television, film and Internet were going, and to provide some insight into the world of The Big C – Content. In order to know where you’re going, it’s helpful to know where you’ve been – it gives one a sense of direction if nothing else. While I hoped to lend contextual, and where necessary, historical significance to this industry, I’m certain you can appreciate that this was by no means exhaustive, then or now, more than fifteen years on.

So here it is: personal observations and professional commentary containing historical and contextual perspective, combined with industry analysis from many businesses in many countries from around the world.

A caveat however… you will find more questions contained here than you will answers; more considerations, opinions and speculations than assertions of cold, hard fact. C’est la vie!

So, let us start at the beginning…

“We look at the present through a rear-view mirror.”

“… we become what we behold… we shape our tools,
and thereafter our tools shape us.”

Presently, the United States is the most technologically advanced country in the world in the area of telecommunications. Consider the following statistics:

Not to mention tens of thousands of satellite uplinks and downlinks. And we’re not even talking computers yet.

If you want to start an argument in this business put five so-called ‘savvy’ Internet gurus in a room and ask them a simple question:

When did the Internet begin…?

Some will say it began with DARPA and the U.S. Department of Defense in the late 60s when the ability to link computers through a distributed network via packet switching became feasible. Others will say it began back during the Second World War (on both sides of the axis) with a network of linked, electronically tweaked, fax and telex machines transmitting and receiving encoded data.

In the latter scenario (one I happen to personally subscribe to based on research on another subject entirely) some believe that Germany used a matrix of fax and teletypewriting machines to deliver encoded updates on the progress of the V-1 and V-2 rocket tests at Pennemunde on the Baltic coast. Many ‘Points Of Presence’, as we would refer to them today, were placed throughout Northeastern Germany. The messages would be physically broken into several pieces and transmitted at different times of the day. These pieces would be sent from their main distribution point and travel through different mini-sites to their final destination, Berlin. Here the complete message would be re-combined and decoded. The idea was that even though the messages were encrypted, no one would know what piece was being sent through which ‘point’ or at what time, and therefore even if a couple of pieces were intercepted by the Allies only the complete message would make sense, and only then if the code were broken, often by the cypher wizards at Bletchley Park.

Although many deadly rockets fell on the UK during the latter days of the war, ultimately the tests at Pennemunde came to light, and were defeated through good, old-fashioned human intelligence work. That, and a new invention called RADAR.

On the American side, the debacle of Pearl Harbor has been a debate of historians for decades. There are those who believe that the breakdown in the ‘early warning’ system was not due to inaction on the part of President Roosevelt, but because of a malfunction of one of their own ‘points’ – in San Francisco, to be precise.

You can establish chronological milestones with the rollout of companies such as CompuServe, begun by H&R Block (that’s right, the tax people) as a computer time-sharing service in 1969. You can draw parallels to the research and development of teletext or videotex in the late 70s. In fact, Canada was the world leader in this particular communication research.

Known variously as ‘teletext’ or ‘videotex’, they amounted to pretty much the same thing. Videotex allowed text and graphical messages to be sent to your TV set along with the picture and sound information. This was really the first attempt at true interactive TV where you could receive recipes from a cooking program or bibliographies from news-based programs for instance. This was achieved through new programming languages and delivery protocols not unlike the HTML and HTTP of today. It was known as Telidon in Canada, Prestel and Ceefax in the UK, Minitel in France, Bildschirmtext in Germany and various other names around the world. It was the first time in telecommunications history that the world shared the source code and standards for a new technology. In North America the R&D was quite expensive and the service never really caught on with consumers. Government funding for Telidon was cut in 1985. However, Ceefax is still utilized widely in the UK to deliver information to homes via the TV set.

Dig deep enough and even Thomas Edison works his way into the mix: 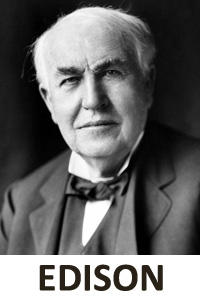 “My intention is to have such a happy combination of photography and electricity that a man can sit down in his parlor and see depicted upon a curtain the forms of the players in opera upon a distant stage, and hear the voices of the singers… each little muscle of the singer’s face will be seen to work, every color of his or her attire will be exactly reproduced….

To the sporting fraternity I will state that before long this system can be applied to prize fights. The whole scene, with the noise of blows, talk etc., will be truthfully transferred. Arrangements can be made to send views of the fight a la stock and race ticker. ”

This was not a proposal for cinematography (a process which he claimed to invent) – that would have been fantastic enough. He was talking about colour television, perhaps even presaging the Internet. Edison referred to it as ‘televisual delusion’ (how’s THAT for accurate?) in an issue of Photographic News on May 22, 1891.

None of this is really all that hard to believe when you consider that the fax machine was invented in 1843!

[Not that this is germane to the discussion at hand – it’s not – but it’s a fascinating bit of historical context nonetheless. Thomas Edison was considered a ‘filmmaker’ because he alone owned the patents to much of the cinematograph process at the turn of the century, a fact which was much-disputed then as now. However, as with any new technology, money talks. Movies, or ‘flickers’ as they were known at the time, generated over $14 million a week in revenues in 1908. That’s almost a quarter of a billion dollars in 1999 money! Per week! By comparison the Top Ten Films at the box office for the weekend of March 12, 2000 generated only $61.1 million. By the way, Edison’s first assignment with his new ‘toy’ was a commission by none other than the Government of British Columbia to make several tourism films!]

But this is a discussion about content, rich media content. The ability to deliver it via the Internet – and make money from it – is the Holy Grail and the force that is driving alliance capitalism in the early 21st century. It’s also a discussion about television and why the two mediums aren’t separate, but in fact joined like Siamese twins. Don’t let anyone tell you that the Internet has nothing to do with television… it has EVERYTHING to do with television!

To understand this clearly we have to return to the year 1992, a year when words such as Gopher, WAIS, Archie and Mosaic were part of the computer geek’s lexicon. A time when Tim Berners-Lee’s World Wide Web browser – yes, it was a browser – was still an infant and used by less than 1% of online surfers.

Three events occurred in the television industry in 1992 that when viewed separately had a minimal impact on the television audience and consumers of the day. The average person probably had no idea that these things even happened.

However, connect the dots as I’m about to do here and their monumental effect on the online content strategy of today can clearly be seen. It’s an effect that leads directly to the AOL merger with Time-Warner and the takeover of the CTV Television Network (and associated content-based properties!) by BCE (Bell Canada Enterprises).

As we have seen in the news recently, it leads to more than that. Only two weeks ago it was announced that Chicago-based Tribune Co. would acquire Times Mirror Co. of Los Angeles in a $6 billion deal that includes 22 television stations, 11 daily newspapers, 4 radio stations, a huge Internet presence and the Chicago Cubs baseball team. However, this deal is not just about creating yet another multimedia giant. The subtext of this merger is all about a 25-year old federal regulation that was instigated to keep companies from owning both newspapers and television stations in the same city. If Tribune Co. is successful in the abolition of this rule more deals of this kind will follow – in rapid succession. More on this later.

Those three seminal events were: 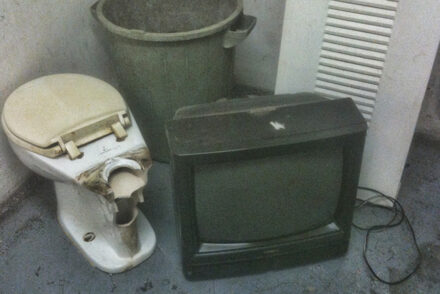