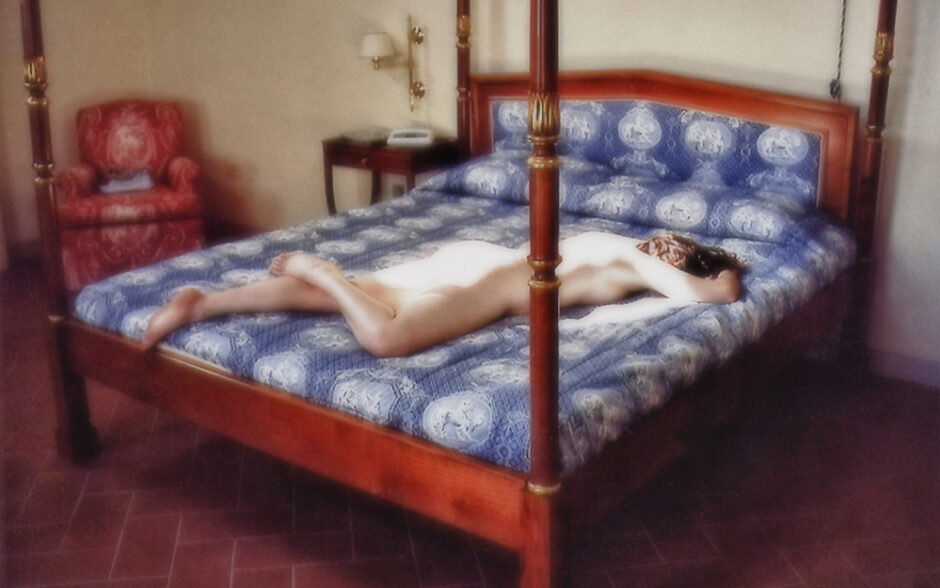 “You simply must read this,” he said, handing her a copy of The Unbearable Lightness of Being. The professor had given her the book so he could fuck her, of course. Which he did. He’d purchased many copies of Kundera during his tenure. But that was in the past.

Now, ‘she’ was preparing to sit in seat 19F, all blonde, and smiley, and freckles.

She laughed. Pretty sure her eyes sparkled. No question about it: we had our entire future ahead of us. Life was good. Or maybe it was the mid-morning sun streaming through the ‘hospitality class’ cabin that, conversely, clouded my vision. Whatever. I was on a roll and we hadn’t even begun to taxi.

“Could you hold this for me?”

What – your hand, your perfectly shaped instep…? Ah – your book. She was reading Love In The Time of Cholera, a dog ear at roughly page 100. What did that make her? Nineteen? Twenty? Twenty-two, tops. Maybe twenty-five and newly single – nobody reads a Colombian romantic when they’re attached.

Yes, what did that make her? More than twice my age, that’s what. Hmm. Still, we were going to Las Vegas, and what happens in Vegas….

“What are you doing in San Francisco?” her freckles asked as she settled in next to me.

“Transiting, unfortunately,” I said. “I’m going to Vegas on points. Rent a car. Drive through the desert. Clear my head, recharge the batteries, search the soul… insert cliche here. I need the break. You?”

She considered the answer. “Meeting my boyfriend. We’re having dinner tonight in North Beach.”

Ah-ha. Love In The Time of Cholera AND a boyfriend. Kids these days.

“I’m breaking up with him… actually. He doesn’t know, though.” The freckles dimmed slightly.

“I hope he didn’t pay for the flight!” It was the first thing that came to mind, I swear. The freckles went into full arrest, her right hand went to her breast and Maria laughed so loudly and suddenly everyone on the plane spun around to see who the comedian was.

Thanks – thank you very much. I’m here all week! Two shows on Wednesday. Try the veal. Thought it – didn’t say it.

“No!” she said, in a mock (I hoped it was mock) scolding manner. She regained her composure. “I’m surprising him.”

I’ll say. “Lipstick on the collar? Pictures on the Internet? The perils of a long-distance romance, perhaps?”

“No – nothing like that.” She paused and thought about what to say next. “He’s completely devoted to me. He’s charming, and sexy, and… interesting…” Sounds just like me. “But… well… he’s an older man, and…” Don’t you even think – “…he’s thirty-seven, so…” STAB!

My right hand went to my breast. “OUCH!” I said, perhaps a tad too loudly.

She placed her hand on my knee (short pants rule!) and tried to make amends for treating me so shabbily. The shoe was firmly on the other perfectly shaped instep.

“Yeah,” I said rather feebly. “The age difference… it’s an issue – I understand. Uh-huh.”

“I mean… ” She ‘means‘ a lot, this girl. “I think every young girl deserves an older man in her life at least once in her life.” She said this not looking at anyone in particular, gesturing with her hand for both punctuation and flair, part of the rehearsed speech she would be giving later. God knows I agreed with her. “And I’ve had mine,” she added, completely unnecessarily. Crash, burn, smoke, ashes.

I silently cursed the prof who’d sent her down the road to Jurassic lust in the first place. ‘Unbearable Lightness‘ my ass!

And then we were in the air.

Wait a minute, I thought. She’s had the prof, and this other geezer who’s about to get dumped. She’s already over-quota. Maybe there’s hope.

“I mean…” Here we go again. “There was this professor in college. He just wanted… All he wanted to do is ‘grade my papers’ coupla times a week, you know?” Uh-huh – I do. “But he doesn’t count,” she added. I could tell from the way she said it, he did.

We reached 37,000 feet and began to cruise south. She smiled at me, opened Márquez at page 99, and dove in. Said too much already, perhaps? She must wonder what I’m thinking. For what I’m thinking I should be punished.

Fifteen minutes later, at page 114 she closed her book. She stretched and stole a glance at my iPod to see what I was listening to. George Michael’s Freedom ’90 kicked in. Great – now she thinks I’m gay and play in the bushes! And too old! Batting a thousand.

She leaned forward reaching between her long Levi-clad legs to find her purse on the floor. The blue coloured blouse that only barely disguised the swell of her breasts opened slightly at the top and now it was my turn to steal a glance. Was it my imagination or was there a button missing? Was she taking her time…? The mix of shadow and light shifted slightly as she breathed, transforming Maria’s delicate cleavage into a dramatic – SHIT, busted! She blushed, connecting the freckles. I blushed connecting absolutely nothing of any importance whatsoever.

I popped out the ear buds. “Red is definitely your colour.”

Thought it AND said it.

Awkward pause… a pregnant one. We just sat there looking at each other.

Maria smiled. “I forgive you. Besides, we are outside. Sort of.”

St. Jude would have been proud. Lost cause indeed – I’ve been absolved!

The first officer came on the intercom and announced we were on final approach. I wish!

I adjusted my seat belt. “You live in Vancouver?” I asked.

“Uh-huh – Burnaby, actually,” she said. “Skytrain it into town every day. Parking’s impossible.”

“Ain’t that the truth,” I said. “What is it now… a hundred bucks or more a month for reserved in some places?”

She nodded and put Márquez back into her purse. “Nuts, huh?” We were changing the subject, apparently.

“Crazy,” I said. There was that nine-month pause again.

I can count on the fingers of one hand how many times I’ve been smitten in my life. Fallen in love – multitude. Desire – constantly. But this… I done been smote.

Staggering up the Jetway and into the SFO terminal we exchanged small talk as we made our way to Baggage Claim. I was thankful I had to change airlines in San Francisco. It allowed me a few more minutes with Maria before I dashed off to make my connection, and she got swept up in the end of an affair.

Like a merry-go-round strung-out on opium, our bags became mixed in with the unclaimed luggage from an earlier flight on the conveyor. The arrivals area was packed. Nothing was moving fast.

“What – does everyone buy their luggage from the same store?! I can always find mine easily,” I said sarcastically. “It’s blue and it’s got a handle! Fuck me!” There was that laughter again.

“You know what’s going to happen here, don’t you?” I continued. “I’m going to grab someone else’s bag by mistake, because I bought it at ‘Bags R Us’, same place as everyone else, and I’m going to get to my hotel in Vegas, throw it on the bed, and open it only to find a couple of fancy frocks, some frilly knickers and a box of tampons!”

Maria gave me the ‘tits-to-toes’ look. “I don’t know. You might look quite fetching in a Betsey Johnson evening gown.”

“I’m driving through the desert. I can’t be caught wearing a dress in Arizona – it’s a Republican state, for Christ’s sake!”

As we both continued to laugh I noticed my bag emerge sluggishly from behind the rubber curtains. It was blue and it had a handle… and wheels, I forgot that part.

I left Maria’s side for just a moment, giggling in her own pool of light.

Suddenly, she was waving frantically to someone else on the edge of the crowd. It hadn’t occurred to me the geezer would pick her up… but of course he would.

She turned and looked at me as I retrieved my suitcase. For the first time I saw all of her in one look. She practically glowed, I swear.

She walked towards me in that way confident tall blondes walk. The din of a million conversations reflecting off the concrete and metal of the arrivals level muted. The monochromatic stage was punctuated by the colours of Maria.

“It was very nice meeting you,” she said.

Let’s get out of here before your soon-to-be ex-boyfriend shows up. Thought it – didn’t say it.

I remembered the etiquette of our first introduction and extended my hand.

She grasped it, pulled me gently to her (God, she’s tall!) and kissed me on the cheek.

“Maybe we’ll bump into each other sometime,” she said.

She didn’t let go of my hand, and I was certainly in no hurry.

She looked down. “Are you sure that’s your suitcase?”

“Not entirely,” I lied. She laughed.

“I have to go,” she said slowly, her vowels tugging at my libido. She reclaimed her hand.

The airport din faded back in. Maria’s lips mimed. Bye, they said. Bye, mine said.

As they walked away hand in hand, geezer looked over his shoulder at me looking over my shoulder at him.

In that single glance he understood what I already knew. He’d always known. We always know. We just never know when.

Tonight, at some tony North Beach bistro, somewhere between the Squid-Ink Pasta and the Tiramisu she’d tell him. He’d smile, take it well, not try and talk her out of it (fool!), and then order a second bottle of Montepulciano.

There’d be tears, followed by break-up sex and then more tears.

Monday morning at the office back in Vancouver she’d tell her girlfriend, ‘Yes, I broke it off‘, and ‘Yes, the sex was great.‘ The girlfriend would laugh. Break-up sex is always the best, she’d say. Why do you think I can’t commit?! They’d both laugh.

And now, for the last 30 minutes I’ve been sitting in seat 14D, flying over the Sierra Nevada Mountains. The seat beside me, empty.

Maybe we’ll bump into each other sometime…. 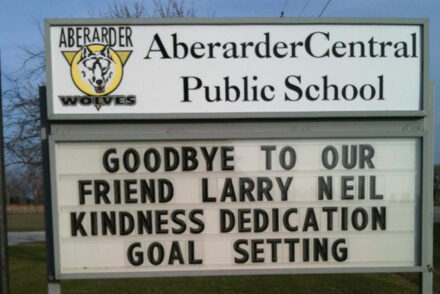 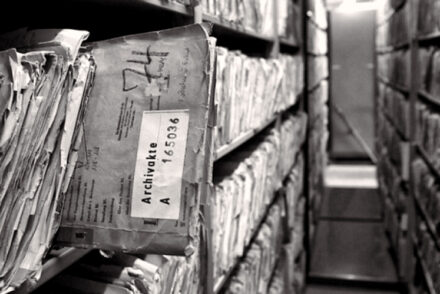