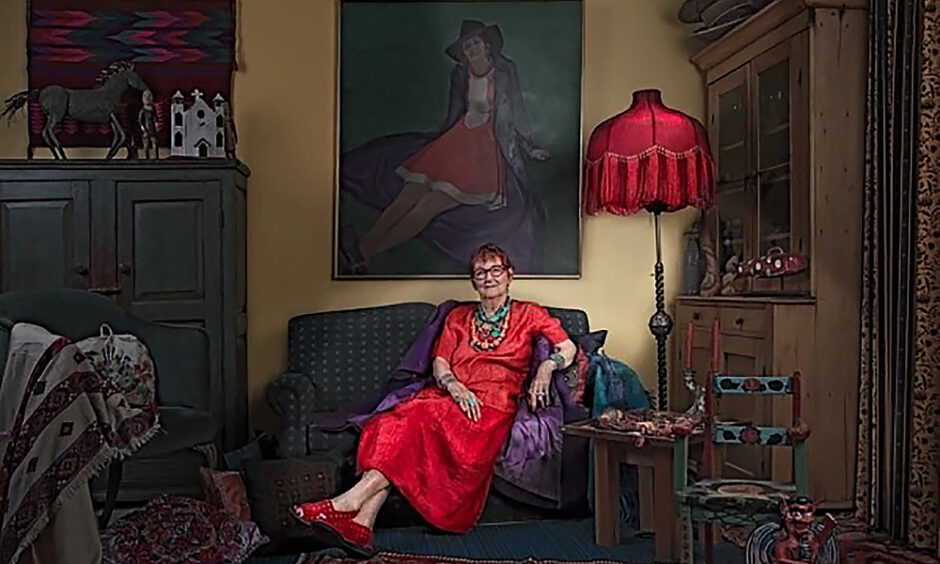 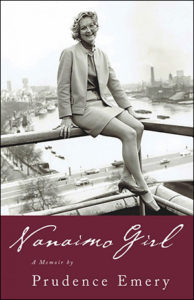 Now in her early 80s and living on her native Vancouver Island just outside Victoria, Pru has written a memoir that is quite astonishing in its detail. While recounting events that chronicle her personal life, the reader is left with a dizzying array of interlocking stories that culminate in – if you’ll excuse the phrase – one hell of a life.

The book follows an ‘everyone is from somewhere’ thread, and this book, this woman’s life, unspools its thread beginning in “…a murky little coal town…”

“…in a lifetime of rubbing shoulders with the rich and famous,
almost no one I met had heard of Nanaimo…” 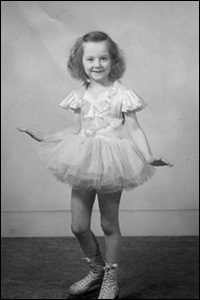 Pru as a young entertainer

And so her story begins, and rich and famous they were!

By her own admission, she “…behaved so badly…” as a child, she was sent off to a boarding school (twice) to learn her manners. Her first tastes of life outside the clutches of parental control gave her free reign to push envelopes and test boundaries. She was precocious to a fault, but her ‘antics’ still managed to earn her ‘black marks’ in school and scowls from her elders. Despite her rebellious ways, she graduated grade 12 in the mid-1950s with a B+ average and was promptly ‘launched into society’ as a debutante. Not bad for a girl who was once slapped by a teacher, the result of one of her escapades.

After a short stint at the University of British Columbia, Pru had had enough. She packed her belongings into two trunks, and with her best friend, shipped off to Europe.

Her decision to drop anchor in London after a whirlwind tour of the continent would serve her well for the rest of her peripatetic career, for it was here that the ‘rubbing of shoulders’ began in earnest.

Although attending art school during the day, it was during her ‘wild evenings’ in the pubs of Chelsea and Covent Garden that she met Irish screenwriter Patrick Kirwan. He gave Pru her first real job in the film business, typing a script for the musical comedy feature, “Tommy and the Toreador,” starring pop star Tommy Steele, and British stalwarts Sidney James and Bernard Cribbins. Pru and Patrick hit it off, and he soon became her mentor, a mentor with ‘benefits,’ shall we say.

Her time with Patrick was fruitful. He introduced her to the prestigious Irish Club in Eaton Square and squired her to the Royal Ascot. The connections she began making would go into a Rolodex that would soon become the foundation of her professional life.

Those early personal and business contacts, however, did not immediately help generate income. Pru remained ‘an impoverished London art student’ until she one day landed a job as a barmaid at the famous le Pétit Club Français. Not a high paying position, but her contact list grew. 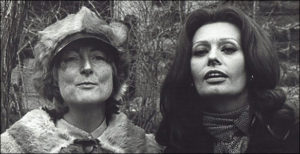 In the Spring of 1962, after five years in London, Nanaimo Girl returned to Canada and decided to try her hand as a proofreader at The Globe and Mail newspaper in Toronto. Then she landed a job working on animated films in Ottawa for Canadian film icon, Budge Crawley. She loved the film business, and so she pursued acting, finding herself in movies directed by Irvin Kershner (who would go on to make The Empire Strikes Back) and working with actor/author Robert Shaw who still had Jaws and The Sting to add to his resume.

Her people skills were amiable and infectious, and those in high places remembered. It led to Pru being employed in Visitor Services for Expo 67. It was her job to escort VIPs around the huge Montreal site. The list of those famous people is a literal Who’s Who of the day: Liberace, Hugh Hefner, Twiggy, Haley Mills, Jack Benny, Marlene Dietrich, Glenn Gould, David Frost, and even the leader of Ethiopia, Haile Selassie. But it was playwright Edward Albee and one prominent Soviet journalist who had the most impact on Pru’s life. Albee, who had already received a Pulitzer Prize for his play, Who’s Afraid of Virginia Woolf? would become a lifelong friend, and the reporter from the Russian wire service TASS (who may or may not have been a KGB spy) became her lover. 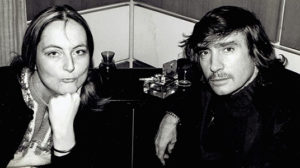 It’s been said that luck is what happens when preparation meets opportunity. While Prudence isn’t entirely convinced of the former, she has had oodles of the latter and capitalized on it. When Expo 67 closed, she took an extended vacation back in London to relax and catch-up with old friends.

One day over a cup of tea, the father of a family friend, knowing her background, asked her if she’d like to be a press and public relations officer at his hotel. He was the Managing Director of The Savoy, one of the most luxurious and famous hotels in the world. She yes, of course, and her stories during the five years she spent as Head of PR with The Savoy are among the most entertaining in the book.

The final act of Nanaimo Girl’s professional career began with her requisite ‘rubbing of shoulders’. Back in Toronto, she was interviewed for the freelance job of Unit Publicist on a Canadian feature film. But not just any feature film. Black Christmas would eventually gain cult status and remains one of the most successful Canadian films ever made.

Although Pru would navigate many other career moves, it was filmmaking that she found herself best suited for, and it was, after all, where her contacts sent her.

Beginning in 1975, Nanaimo Girl started work as a publicist on her second film, and there was no turning back. She never accepted a permanent job again. Her work for another Canadian film icon, David Cronenberg, put her name on the map as the ‘go-to’ film publicist. Over the next thirty-five years, Pru would work as Unit Publicist on one hundred and twenty film and television productions, ten of those for Cronenberg. Her motion picture career, although based in Canada, would take her around the world several times, and allow her to work with some of the biggest names in international cinema. Her stories and anecdotes during this period are illuminating, with many falling between amusing and hysterical. 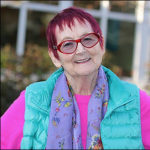 After a dizzying professional career spanning some 60 years, Prudence celebrated her 80th birthday in 2016 back home in Victoria. While she is reflective of those years ‘rubbing shoulders with the rich and famous,’ she reveals neither conceit nor false modesty in her remembrances. Even Pru’s love life that “…bobbed like a duck in a storm…” doesn’t escape her self-deprecating pen.

One of the best sections of this memoir is entitled, “Turning Eighty.” It should be required reading for anyone over the age of fifty, if only as a primer for their later years.

Memoirs, as with all forms of autobiography, are complicated animals, good ones even more so. Many historical accounts of a personal nature, written and verbal, tend to drift into ‘I went here, I saw this, I did that’ – “Nanaimo Girl” is no different. What sets Pru’s entertaining stories apart, however, is that there are so many of them. The result is that the reader finds themselves asking… Where’s she going? What’s she doing? What happens next? And of course, that’s the perfect chemistry of a page-turner.

The Beatles once sang: “Dear Prudence, won’t you come out to play?” And play she did. What a life!