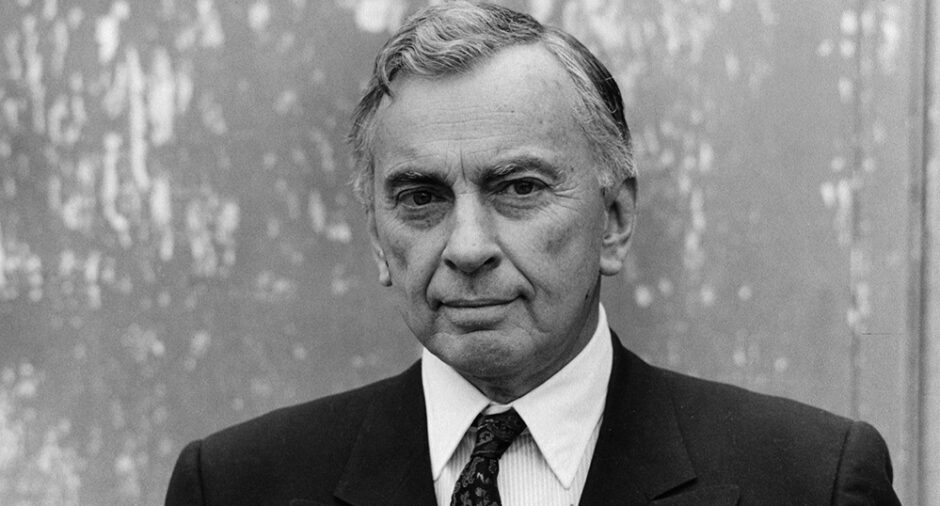 So there I was, rummaging through a box of books and papers looking for an old documentary budget I had prepared some years ago. In the process of spelunking I found my copies of Gore Vidal’s ‘Palimpsest‘ and ‘Point To Point Navigation‘, his two-part memoir.

I Googled his name to see if I had missed any of his writings over the years (I have, but not much), and to my astonishment realized he had passed away only a year ago this past Wednesday. Still sad, still missed.

Here is the obit I wrote and posted on my old website at the time:

He was a slow-fuse iconoclast, a literary ball-buster, a man of letters in a world of thumb texts, and the ‘shit’ to William F. Buckley Jr.’s ‘fan’.

Gore Vidal was a mix of Noel Coward, Cary Grant, James Joyce, Oscar Wilde and Che Guevara. Possessed of a rapier wit, he did not suffer fools gladly. He made paper airplanes from paper tigers, exposed the true lies told by false prophets, and pierced the hearts of soulless rogues.

The paper cuts he inflicted – usually with veiled or mocking grace – were not superficial. He battled solo with noble words against the tyranny of ignoble deeds, and held crooked feet to the searing fire of reason regardless of nationality or political affiliation.

I confess to having read practically everything he has published, from ‘Burr’ to ‘Breckenridge’ to ‘Perpetual War For Perpetual Peace’. But perhaps its his essays that will remain with me – poignant, current, spot-on observances and reflections of the world we inhabit.

The pen has run dry, but the ink remains.

With the recent release of the Vidal/Buckley documentary, ‘Best of Enemies‘, Gore’s death seems all the more poignant and current.