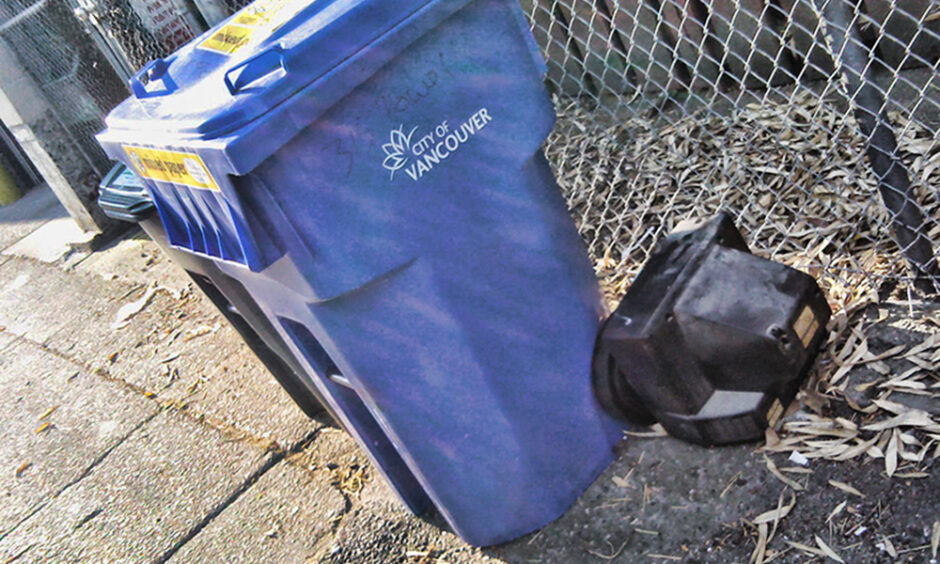 “Den-TV, Pseudo and POP dot com are going to be nothing more than bad UPN.”

How big an influence will Advertising have on the future growth of the Internet? It will be bigger than its impact on television.

Considering the effect advertiser-supported television has had on society as a whole over the past forty years, and the impact the Internet is having today on companies and consumers alike, that’s a pretty bold statement, but I believe it to be true.

STATISTIC: Of the major advertisers dropping $2 million plus for each thirty-second commercial in this year’s XXXIV Super Bowl telecast, 12 of the 33 advertisers were dot com companies.

You don’t make religion accessible by opening the doors of a church. You have to advertise, market, promote, hawk, push, pitch and plug.

ABC – Still The One!

QUESTION: Which one of the following web-associated acronyms doesn’t belong here:

You think you’ve seen the end of those little AOL floppy disks pushing their way into mailboxes around the world…? Perhaps, but only because they’ve grown up and become CDs!

For more than ten years, AOL has been ubiquitous due in no small part to those little disks. While ‘real’ Internet companies laughed at ‘AOLers’, Steve Case was busy building the world’s largest multimedia gateway and now soon to be the world’s largest multimedia conglomerate. AOL is today one of the world’s most recognized brands. It’s no small thing that the combined company (AOL and Time Warner, in case you didn’t know) will trade under the AOL stock symbol rather than the obscure TWX ticker used by Time Warner.

We’re comfortable here in North America. We’re creatures of habit and therefore consumers of product. We buy more TV sets, VCRs, communication devices, cars and computers per capita than any other area of the world. And when it comes to the web, North America rules.

What about the rest of the world, though? How will it fare when it comes to the Internet? Will its various voices be heard? Will its stories be told? One thing is certain: if the answer to the last two questions is yes, then we are all in for a pleasant surprise. The Internet reaches everyone, everywhere, simultaneously. We’ll all participate, either as viewers or participants, and that’s something television has never had the ability to achieve.

There’s no need to look any further than projected advertising expenditures for the year 2000 to support this train of thought.

While the United States leads all global markets in predicted general advertising expenditures, it doesn’t project the highest rate of increase in spending – Brazil and Italy do. When it comes to spending money on actual Internet advertising, although the U.S. remains number one out of ten (no surprise there!), it’s the remaining nine countries that make for interesting discussion.

I’m sure Marshall McLuhan would turn like a lathe in his grave if he read that I’d supported the birth and growth of the ‘global village’ with advertising stats!

Product placement in both television programs and movies has always been a second-tier advertising tool of sponsors: that pack of Marlboro’s that Dirty Harry carried, that bottle of Snapple that Elaine always manages to find in Jerry Seinfeld’s fridge, that bottle of Rolling Rock Beer that Ed Burns drinks in every one of his films, any sports team jersey, shoe, helmet – even the sports venues themselves (General Motors Place) – all bought and paid for. Product placement (in Internet parlance a form of in-stream advertising) will grow to huge proportions on the Net.

Cable television’s The Nashville Network (now known as SPIKE) continues to repeat episodes of the early sixties staple, The Real McCoys starring actors Walter Brennan and Richard Crenna. Someone at CBS back then worked a deal with Ford for a tractor that was part of the workings of the McCoy farm. That product placement is still there, and recognizable, 35 years later!

This summer Castle Rock Entertainment in association with NBC will begin netcasting Seinfeld episodes for free. They’re beginning with 13 standard programs and viewers will have the option to see other classic ones on a Pay-Per-View basis. Price will probably be in the $2.99 range.

There are two interesting aspects to this. One is that the original network advertising will remain intact and, yes, NBC is re-charging the agencies for the ad time!

This is being done with the complicity of the advertisers for they too wish to have a handle on web-based advertising, especially this kind of model.

The other aspect is this: All network television shows allow for insertion of local commercials, IDs or promos. Since this isn’t an option for a netcast (not yet anyway – it’s coming), these extra spots will be inserted by the original advertisers. But they have a twist.

One thing that Seinfeld managed to do for advertisers during its network run (and continues to do in syndication one assumes) was redefine targeted audience-specific sponsorship for the entire industry. So, they will experiment with targeted in-stream advertising through the online episodes – very specific commercials aimed at very specific demographics. A cynic might suggest this was the catalyst all along and that it was really Madison Avenue that convinced NBC and Castle Rock to participate. After all, what better test vehicle than Seinfeld, one of the most successful and highly rated TV series of all time.

One aspect of television that has been impacted by the Internet, and even video games and VCRs, is the traditional broadcast clock – general programming in timed dayparts. Running home to catch the news at 6:00pm or tuning into That 70s Show at 8:00pm Mondays is about to be a thing of the past; that ‘Pavlov’s Dog’ paradigm is over.

Why does a sitcom have to be 30 minutes in length (actually, 22 minutes without credits, commercials, promos, etc.), or a drama an hour? The TV networks in the U.K. have never followed this primarily American broadcast trait, opting instead for 20 minutes, 45 minutes, 50 minutes and staggered start times.

On this side of the Atlantic we see a similar approach on public television stations such as PBS and Knowledge Network. Although still reliant on top- and bottom-of-the-clock start times there is far greater use of interstitial programming – short, entertaining or informational non-commercial inserts used to s-t-r-e-t-c-h the programming to time.

In the Golden Days of television commercials running two, even three minutes in length were not unheard of. Today, 30 seconds is the norm even though the odd 15-second spot continues to appear.

Worldwide, actual program lengths are being tweaked. UPN, for instance, is developing 15-minute TV shows. This is due entirely to the perceived reduced attention span of viewers. Perhaps we should call it Audience Deficit Disorder! Seriously though, networks are going to start throwing all sorts of newfangled packages at us, all aimed at reclaiming audience viewing patterns that have been exposed to a severe attitude adjustment. If nothing else broadcast experiments can be entertaining in and of themselves and can lead to actual progress in TV programming and packaging. It’s happened before.

ABC chose to program two 45-minute shows back to back to complete a 90-minute block. Had the content been there (the shows were both dogs) this experiment might have worked. What came out of this experiment, though, was the birth of the 90-minute TV program. ABC invented the Movie Of The Week (MOW) – in fact it was called the ABC Movie Of The Week – and it allowed a number of young TV episodic directors their first shot at so-called feature-style directing. Steven Spielberg is probably the most famous content creator to come out of that lab with his seminal, almost dialogue-less film “Duel” starring Dennis Weaver.

NBC created their own 90-minute block called The Name of The Game. This was a forerunner of the serialized (as opposed to episodic) form of primetime TV we see today in the form of NYPD Blue, ER, The Practice, et al. It begat a Sunday night staple in the TV diets of viewers at the time called The NBC Sunday Night Mystery Movie. Not really a movie at all, this effort was really a means of producing quality 90-minute (sometimes two-hour) projects that cost more money than traditional fare, but allowed for bigger stars and longer story arcs. Programs that came out of this period were The Bold Ones, Columbo, Banacek, MacMillan and Wife and McCloud.

CBS was really the only network that didn’t participate in this experiment, although they did adopt the MOW formula to great success later.

Proving that you can teach an old dog new tricks, Pearson Television of the UK was very smart in the highly competitive worldwide program content marketplace when they acquired broadcast AND format rights from CBS (for the world, not including North America) to old TV shows such as I Love Lucy and The Honeymooners. However, they had absolutely no intention of ever broadcasting the old versions. They are now producing or co-producing localized versions of these programs from scratch with regionally known talent. They are doing this across Europe. A localized version of I Love Lucy in Spain and The Honeymooners in both Italy and Germany (two different versions don’t forget) are constantly in their respective country’s primetime Top Ten!

As if we needed another example of content convergence, there’s the story of Toronto-based producer Jonathan Block-Verk. He was the inaugural winner in the Microsoft Interactive Pitch contest held at NATPE. His winning pitch, Space Challenger: A Home Improvement Game Show, got him US$50,000 in development funds, and a first-look deal with Columbia-TriStar distribution. The fact that he will manage to leverage his US$50,000 into almost CDN$75,000 because of the favourable exchange rate, and that he had only 60 seconds in which to make his case, also make this noteworthy. Who says lifestyle television has no place on the Net…?!

Most people on the content side of this business see AtomFilms of Seattle as the epitome of what is possible on the Net. Yet Mika Salmi (Founder and CEO) understands that traditional media plays a very important role in what they’re trying to accomplish. At NATPE AtomFilms most resembled a traditional television syndicator. Salmi’s company is barely 18 months old, but already it has deals with more than 35 television stations and networks as well as about 15 websites. Network customers include HBO which licenses Salmi’s content for interstitials. Deals are modelled like typical syndication deals, and run in the thousands to tens of thousands of dollars. Like Macromedia (their Shockwave website has output deals with Matt Stone, Trey Parker and Tim Burton), AtomFilms has exclusive content output deals with Bill Plympton (Plymptoons) and Oscar-winning Aardman Animation (Wallace and Gromit, Creature Comforts).

“AtomFilms is committed to bringing the best in short entertainment to every conceivable audience, leveraging both traditional and emerging distribution channels.”