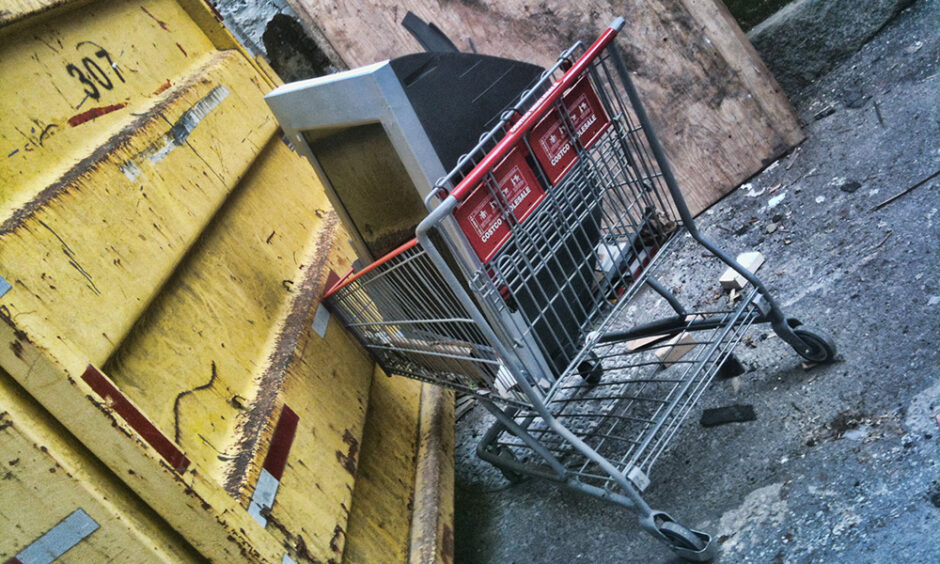 “(American television) is the greatest single achievement in communication that anybody or any area of the world has ever known.” 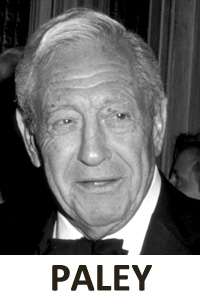 In the early days of broadcasting there were really only two major players in the United States: William “Bill” Paley who, in 1928, invested heavily in United Independent Broadcasters, Inc. (soon to be called CBS which he bought outright in 1929), and General David Sarnoff. The “General” was a Russian émigré who, in 1920, took a 28-page memo he’d written as a junior executive on the future of the electronics industry and turned it into RCA and then NBC. More on Sarnoff later.

Throughout the 50s, 60s and 70s, CBS was referred to affectionately as the “Tiffany” network, as in Tiffany Jewelers. This was because CBS was used to being in first place in the ratings among the top three networks of the day: CBS, NBC and ABC. This was the network after all which “owned” primetime television almost from the start with such programs as The Lucy Show, See It Now with Edward R. Murrow, Walter Cronkite and later 60 Minutes and M*A*S*H. There were many others – all franchises in their own right. In many people’s eyes, CBS could do no wrong.

Bill Paley was considered a despot. By all accounts he was a lousy father and a lousy husband. He treated his employees badly even as he held sway over the minutest aspect of his empire and only cared about television – nothing else. He wasn’t interested in acquisitions and had to have his arm twisted into diversifying. Behind his back, his executives constantly had lotteries going as to which opportunity for growth they were going to miss next! However, if ratings were the gauge by which all networks kept score, then CBS really had nothing to complain about… except the government telecommunications regulatory agency, the Federal Communications Commission (FCC).

In the early 70s the FCC instigated a prohibition on the networks that effectively barred them from owning cable systems and TV stations in the same market. The broadcasters could not own even the programming that they aired. As part of this restriction CBS could not distribute or syndicate its own programs domestically. In response to what Paley saw as an arcane practice, he skirted the letter of this ruling and created his own distribution company. He called it Viacom.

Paley relinquished day-to-day control of CBS in the mid-70s, keeping the title Chairman. Almost immediately CBS began to slip. Second in the ratings, then third (that had never happened), then second again. In television, as go the ratings, so go the revenues.

He tried a comeback as president in the late 80s to help CBS’s sagging fortunes. As part of his restructuring he allowed an elderly gentleman who owned a chain of movie theatres and amusement parks to buy out Viacom. He was glad to be rid of what he termed, “… that perennial money pit” and more than a little amused that he had managed to ‘pawn it off’ on some old hick.

That ‘old hick’ was Sumner Redstone.

Paley died in 1990 without seeing the company he had practically created from scratch return to prominence. 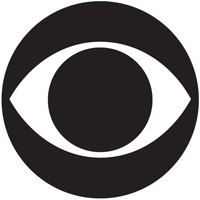 CBS continued to struggle. They were witnessing a renewed interest on the NASDAQ for telecommunications, but remained just that: witnesses, they weren’t participating. Whether it was the mystical detritus remaining from Paley’s lengthy tenure or just fear, management couldn’t decide on a course of action.

By 1992 they had finally seen the error of their ways and identified what they believed to be a safe opportunity. CBS wanted to buy back Viacom – it had now become a major media force.

In only a few short years Redstone had taken his modest purchase and made it very profitable indeed. CBS, however, was unaware of the backroom negotiations that were going on that would eventually lead to Viacom buying both the Blockbuster Video chain and, after a nasty public battle with Barry Diller, Paramount Pictures.

Barry Diller was a former president of Paramount and now that his new television shopping channel, QVC, had become a household word – not to mention making him very rich – he decided he wanted Paramount back. The on-again, off-again very public battle continued for many months with Sumner Redstone winning out in the end. However, he paid a price, one that industry analysts at the time saw as disastrous: $10 billion dollars, almost 25% more than it was said to be worth. But Redstone didn’t care – he usually got what he wanted.

Viacom rebuffed CBS’s overtures. Besides, the original conflagration of egos that Sumner fought with Bill Paley over the original purchase was still fresh.

By the late 90s cable network penetration had increased and the Internet had begun its stranglehold on the hearts and minds of consumers and broadcasters alike. Although CBS continued to have its ups and downs, this time they weren’t alone. All the major networks were continuing to lose market share. The difference was, NBC and ABC had done something about it. 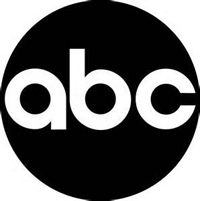 In the mid-80s a struggling ABC had been acquired by media conglomerate Capital Cities. This purchase, although viewed by ABC staffers at the time as the beginning of the end, actually strengthened ABCs abilities in programming, distribution and holdings, including ESPN, which it owned. General Electric purchased RCA (the original owner of NBC) in 1985 and then acquired NBC outright the next year. 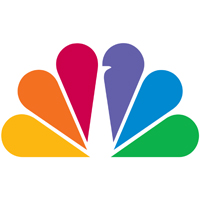 NBC had long since created strategic partnerships with other media, the most noteworthy being MSNBC with Microsoft and CNBC with Dow Jones. They were well diversified and, more importantly, had made the right decisions with the right people. They had holdings and interests in both camps. NBC seemed safe.

CapCities/ABC, not to be outdone, allowed themselves to be bought out by the most recognizable icon in the world: Mickey Mouse (Disney). Sharing office space with a prolific movie studio and an Internet portal (GO com), ABC seemed safe.

Meanwhile, under President and CEO Lawrence Tisch, a notorious skinflint, CBS continued to dither. They kept casting about in traditional television territories to no avail. “The Internet… what’s that…? ” they seemed to be saying.

The audience will come home. It has to – it loves us. We’re CBS!

Slowly they clawed their way back to competition, even entering the online world with products such as CBSSportline dot com and CBSMarketwatch dot com. Led by the popularity of TV programs such as Touched By An Angel and Diagnosis: Murder (the latter with CBS stalwart Dick Van Dyke), the “Tiffany” network appeared to be back on course.

And then the other shoe dropped.

In the summer of 1999, at Tavern On The Green Restaurant in New York City’s Central Park, Mel Karmazin, CBS’s new President and CEO, sat down to lunch with Sumner Redstone, President and CEO of Viacom. Halfway through an ‘89 Chateau Margaux, between the salad and the main course, Mel told Sumner that he wanted Viacom back and was willing to pay handsomely for it. Sumner, the ‘old hick’ who had just celebrated his 76th birthday, looked across the table and said:

CBS failed. They overestimated the marketplace. Viacom understood it.

Sumner Redstone’s purchase of CBS was no less earth shattering than the AOL merger with Time-Warner. In fact, the way many people heard the news in both cases was erroneous. When the press conference between Sumner and Mel was first announced media pundits from CNN to Wall Street all assumed CBS was buying Viacom back. I myself was in a cab when I heard on the radio that AOL was purchasing Time-Warner. I just knew the reporter had it backwards!

Until its purchase of CBS, Viacom’s most popular division was the MTV Network. It included MTV Europe and Latino, Nickelodeon, M2, TV Land, and VH1 – all with associated heavy-traffic websites. Just how lucrative was MTV? In 1993 MTV alone generated more operating profit than CBS, ABC, and NBC combined.

Viacom now ranks as the fourth largest media conglomerate in the world. They have a global reach of over 100 countries in virtually every segment of the international marketplace. Viacom also owns the UPN network and Showtime Networks that includes the Movie Channel and Flix.

Add to this, ownership of 10 TV stations, 14 radio stations, and a cable TV system that provides for 1.1 million households, plus Paramount Pictures, Blockbuster Entertainment, and Simon & Schuster publishing. Oh, and a couple of theme parks.

A lot of big, household names. A lot of money changing hands. A lot of consolidation going on. But here’s the kicker… Add the purchase of CBS to its portfolio and Viacom now owns over 500,000 copyrights! 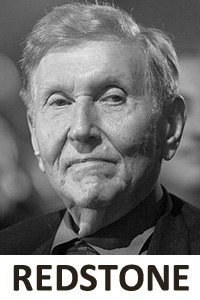 Although it appears that Viacom/CBS is doing nothing but spend, spend, spend, let’s take a quick look at what they recently did with the underperforming UPN television network.

The United Paramount Network is now on the block for the fire sale price of $5 million! Reason: aside from its few hits, it has lost over $200 million per year every year since its inception. If you have an extra cold hard five mil kicking around, you should know a few things before you have lunch with Mr. Redstone.

First, there is no network – never was. Paramount joined forces with the Chris-Craft station group that owns ten television stations across America. Paramount had the content, Chris-Craft had the delivery system. Of the ten stations, eight were re-badged as UPN for branding purposes only. The stations themselves made up the ad hoc ‘network’ but aren’t part of the sale. What do you get for your money…? Debt. Plenty of debt.

There are a lot of players on this playing field and just about anybody who has content is considered fair game. There’s also a lot of window-shopping going on right now, but we haven’t seen the end of alliance capitalism.

By the way, Sumner Redstone is the person who coined the phrase, ‘Content Is King.’